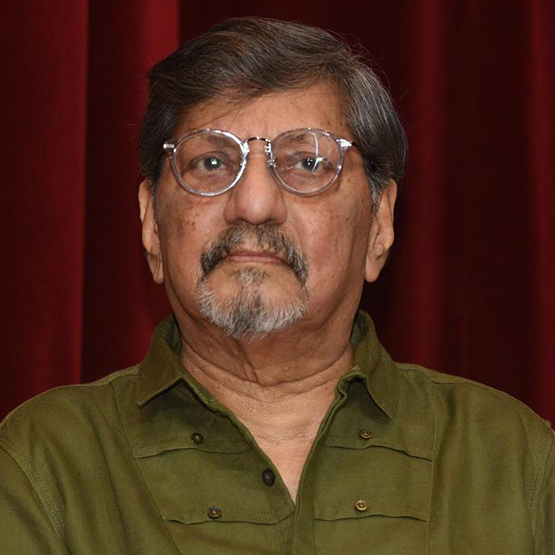 Amol Palekar is an Indian actor, director and producer of Hindi and Marathi cinema. He studied fine arts at the Sir JJ School of Arts, Mumbai, and commenced his artistic career as a painter. He has been active in avant-garde theatre in India. He has been active in Marathi and Hindi theatre as an actor, director and producer since 1967. His contribution to modern Indian theatre is often overshadowed by his popularity as a lead actor in Hindi films. As an actor, he was most prominent for over a decade from 1970. His image as a “boy next door” contrasted with the larger-than-life heroes prevalent at that time in Indian cinema. He received one Filmfare and six State awards as Best Actor. His performances in regional language films in Marathi, Bengali, Malayalam and Kannada fetched him critical acclaim as well. He decided not to act after 1986 in order to concentrate on filmmaking. As a director, he is known for the sensitive portrayal of women, selection of classic stories from Indian literature, and perceptive handling of progressive issues. He has directed several television serials on the national network such as KachchiDhoop, Mrignayani, Naquab, PaoolKhuna and Krishna Kali.