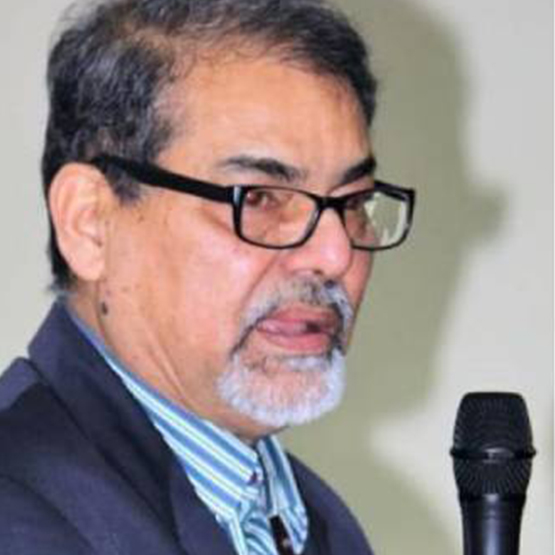 Dr. Sumanyu Satpathy is an academician who is now associated with KR Mangalam University as Professor of Eminence and has been Head of the Department of English, University of Delhi. He has taught for nearly two decades at the post-graduate department of English at the University of Delhi. He has taught in the tribal areas of Mayurbhanj and Meghalaya. He has also been a Visiting Professor at Jamia Millia Islamia, University of Granada, Spain, Goethe University of Frankfurt, Germany and many others. He was a Fellow at the Indian Institute of Advanced Study, Rashtrapati Bhavan, Shimla. Besides his teaching, research and publishing, he has also been a member of several administrative and decision-making bodies. His core specialisation is in the area of Anglophone and vernacular modernism and more recently, in post-colonialism.

April 22, 2020 ● 12.20pm
The Sixth String of Vilayat Khan - Namita Devidayal speaks of the sitar maestro’s life and music. In conversation with Sumanyu Satpathy.