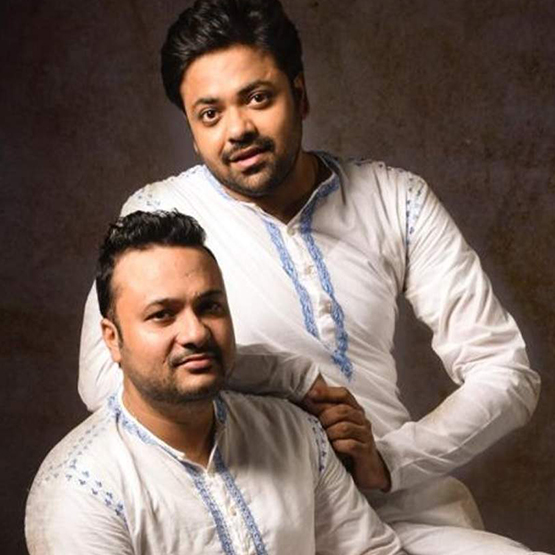 Sourendro Mullick and Soumyojit Das comprise the musical duo “You & I”, which has been performing together for a decade now. They have directed the music for the version of the Indian National Anthem titled Jaya Hey. Their versions of Rabindranath Tagore’s compositions make up their album Tagore & We with noted German singer/composer Stefan Stoppok. They have collaborated with Aparna Sen, Rituparno Ghosh and Sharmila Tagore on stage productions. They host the World Music Day, Kolkata Chapter, every year. Recently, they debuted as Music Directors in director Sanjoy Nag’s Parapaar. Their Broadway style musicals Mahabharata and Bombay Meri Jaan got them great accolades.