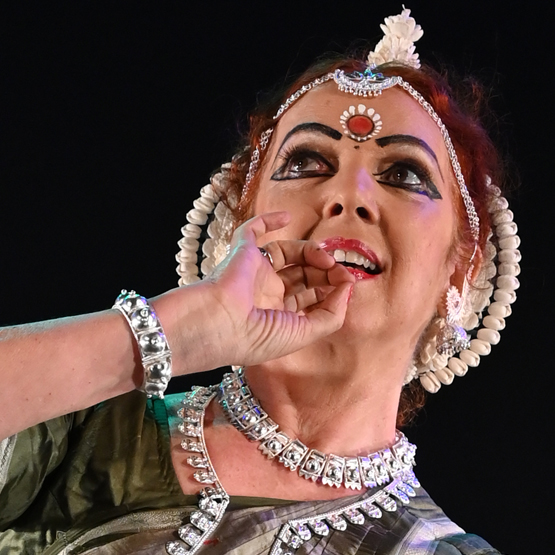 Ileana Citaristi is an Italian-born Odishi and Chhau dancer and dance instructor based in Bhubaneswar, India. Citaristi studied Odishi under Guru Kelucharan Mahapatra and started her own school of dance in 1994. Citaristi is also an exponent of the Mayurbhanj Chhau, which she learnt under Guru Hari Nayak and holds the title of an acharya of Chhau from the Sangeet Mahavidyalya of Bhubaneswar. She founded the Art Vision Academy in 1996, which acts as a platform for sharing ideas between various artistic forms such as theatre, music, dance and painting. The Academi also conducts classes in Odishi and Chhau. She has presented her solo dance recitals as well as her creative group choreographies in all the major festivals in India and travelled in many foreign countries such as Italy, Argentina, Poland, France, Germany, Holland, Denmark, Malaysia, Hong Kong, Japan, USA, Australia, Israel, Spain, Poland, South Korea, Canada, Peru and Portugal. She was awarded the 43rd National Film Awards for Best Choreography for Yugant in 1995 and became, in 2006, the first dancer of foreign origin to be conferred the Padma Shri for her contributions to Odishi. She holds a Doctorate of Philosophy with a thesis on Psychoanalysis and Eastern Mythology.

March 13, 2022 ● 11.50 AM
Italian footprints in India Ileana Citaristi* and Gianluca Rubagotti on Italian passages through India. In conversation with Malavika Banerjee