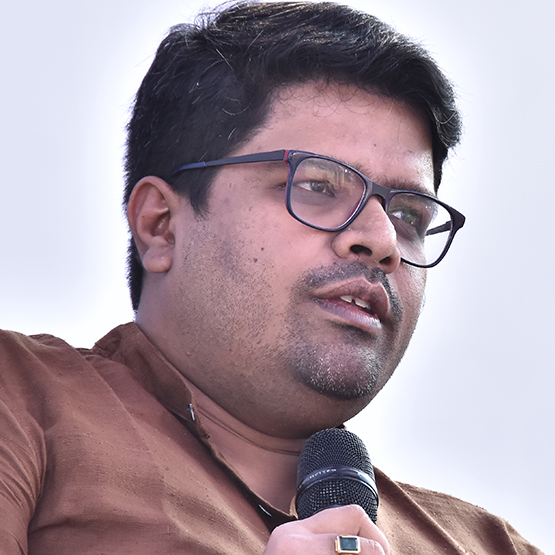 Sampad Patnaik is an independent journalist and researcher. He last served as Assistant Editor with The Indian Express (Delhi), covering Odisha politics for nearly three years. Sampad has degrees in politics and history from the Universities of Oxford and Cambridge. At Oxford, he was awarded the Weidenfeld-Walters scholarship instituted by Baron George Weidenfeld of Weidenfeld & Nicolson Publishers and the American journalist Barbara Walters. Working with PRS Delhi in 2012, Sampad was parliamentary aide to current Union Minister for Information and Broadcasting and Sports Anurag Thakur. He has also served a stint with Reuters as a business journalist. In 2013, Sampad’s documentary on sugarcane cultivation in Maharashtra was honoured at the World Organic Food Festival in Germany.

March 11, 2022 ● 5 PM
AM I AUDIBLE? Sandip Roy, Tanaya Patnaik and Ruskin Bond* on the rise of podcasts, radio and audiobooks. In conversation with Sampad Patnaik