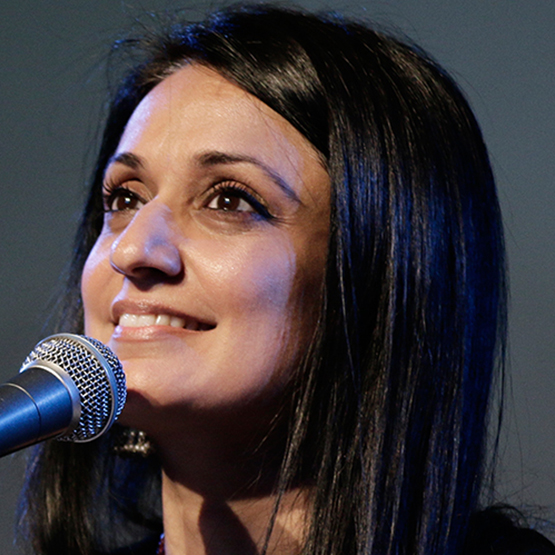 Sonam Kalra is a multiple award-winning singer and composer trained in both Indian and Western traditions of music. Her beautiful, powerful voice with its honest sensitivity has taken her to prestigious stages across the world including The Sydney Opera House and MTV Coke Studio. Sonam’s unique brainchild, ‘Sonam Kalra & the Sufi Gospel Project’ which blends the many voices of faith through poetry, prayer and music to create one universal voice of faith, has earned her international critical acclaim in over 30 countries at prestigious festivals and venues around the world. Sonam has been felicitated for her work in music with many awards, including the Femina Woman of Worth Award, the Indian Express Devi Award and the Global WIN Award for inspiring women worldwide and has been invited to share her music and work on Secularism through Music at various TED talks and WIN Conferences globally.

March 13, 2022 ● 7 PM
Shaam-e-Sufiyana Sonam Kalra and her troupe in an evening of ghazal and gayaki