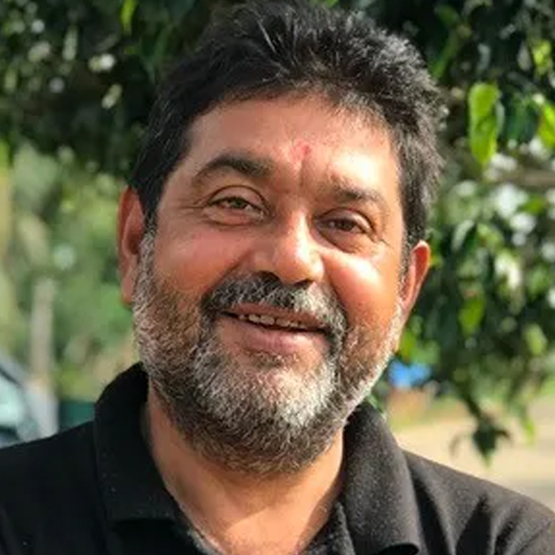 Susant Misra is an Odiya film director whose films have been screened and feted at many international film festivals. A post-graduate diploma holder from FTII, Pune, his first feature film Indradhanur Chaai won him the Grand Prix at the Sochi International Film Festival in Russia and was official selection in Un Certain Regard at the Cannes International Film Festival in 1995. Biswaprakash, his second film, was also screened at several international festivals and won Silver Lotus for Best Oriya Film in the National Film Awards in 2000. Dharini, his third feature film, was made both in Hindi and Odia. He also made three documentaries, Dhenkanal – A Multifaceted Paradise, Samarpanam on the eminent Bharat Natyam dancer Malavika Sarukkai and Pearls of Wisdom on Oriya Literature for the Children’s Film Society, India. Misra has been a Jury member for National Film Awards, National Students Film Awards, Chairman of Selection Committee for International documentaries at MIFF, has been a Guest faculty at FTII, Lalit Kala Academy, IIMC, Vice Chairman of Academic Council, member syllabus committee at BPFTIO, KIIT University and has written on cinema in different journals and newspapers.
Misra’s most important achievement has been the BYOFF (The Bring Your Own Film Festival) of which he is the Co-founder. This has been held in the beach town of Puri in Odisha which started in 2004 and is held every year uninterrupted for the last fourteen years.